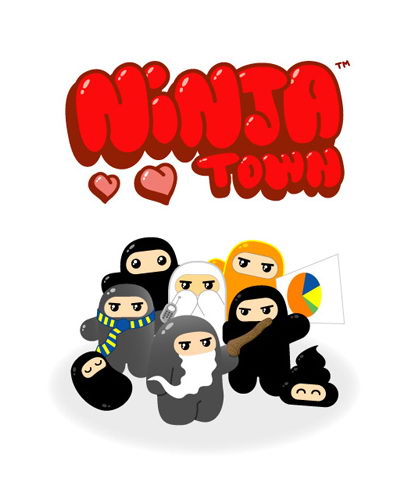 I never played an amazing game for tower of defense like this since my last review on The Best DS Homebrew Game, Warcraft Tower Defense. Ninjatown right now is the best tower defense game for DS, i give it 10/10, sadly i just get the game this month not last month. The first word that comes to my mind is, man this game is so awesome, it’s like combining Cat and Ninja at one game, this game is so freaking adorable. Sample of cuteness, it use cookies to buy upgrade and the enemy tried to steal the recipe of the cookies. The concept of the game just awe me for a long time, even the character its just plain cute there’s wee ninja, Ninja consultant and there’s even Business Ninja(?). 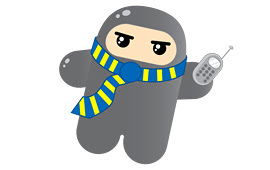 here’s the story from the official site
… For many years, the existence of a ninja clan within the world of Shawnimals was only legend. Wee Ninjas lived quietly secluded until their supply of ninja star-shaped cookies dwindled and they had to search further and further away for the rare ingredients for their secret recipe. It was then that a Wee Ninja was seen, harvesting Stealth Wheat which grows only when you’re not watching, and the darkest of dark chocolate (called Night Cocoa) found deep in the maze of caves underneath Mount Feroshi…
Ninja Town Story

and here’s a trailer of the gameplay

But don’t let the the story and character concept fooled you, the gameplay is freaking addictive and the rank system make me want to get straight A’s in the game. The story just plain ridiculous but you can’t help to not watch it. Its just funny.

The Gameplay is like this, you get a map and tutorial on the available building on the map. On the side of the road you build ninja hut to kill the enemy. Every times you kill an enemy you get a cookies, the cookies is to upgrade the ninja hut. There are other bonuses beside using ninja hut as a means of defensing, u cant blow the enemy to a certain direction or u can use Ninja crap (yes, crap) to hurt anyone who passes by the road. 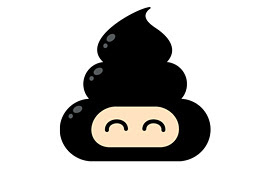 there’s some thing that i didn’t like in the game, like on some level you only can kill the enemy with cannon so you have to watch 2 roads at the time. it’s accomplishable (yes i just made that up) but it’s hard to get an A score like that. The gameplay is short and there’s a lot of map but there’s no reason to replay the game beside to get an A score. Sadly getting straight A doesn’t mean getting any bonus. Oh yeah and the build place is fixed so u cant put ninja hut randomly like Warcraft tower of defense.

All in all, This game is so awesome and i would recommend it to anyone who have Nintendo DS.

5 thoughts on “Time Waster of the month: Ninjatown”