Last week i watch heroes first season episode on DVD and all that i can say that it’s not really that good of tv episodes. Not quite as i expecting but later i realize it’s just a good tv episodes not great though. 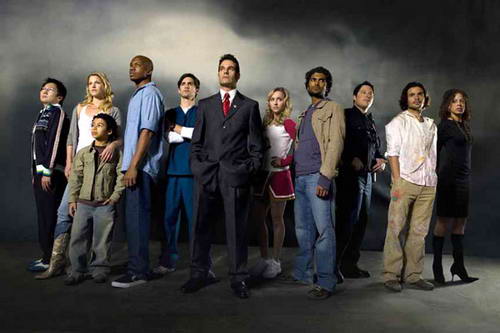 First of all if u want to buy the DVD but never watch the episodes on tv, you better clear the embedded value on the term of “heroes”, if u don’t i think u’l be disappointed. yes.. they could fly, read minds, precog the future, create fire, bend time and space etc, what all super heroes can do, but don’t expect a full time heroes action. the film start with an X-Men intro version in the society where people have special power but not extreme as X-men definition of society. the special powered people are not exposed as X-men movie type. they’re more civilized manner try to hide it. The strength of this film is not on the action of the heroes that appears but more on the stories(doh!). after i watch 4 episodes i was disappointed then i try to loose the values of heroes, after that i enjoy the story of the film. The cast also has a pretty actress :D what i wanted to see is the cheerleader Hayden Panettiere (she’s so pretty) and Masi Oka the time and space bender. To sum it up this a good popcorn tv episodes with excellent story and cast.