After installing Angry Birds for PC, I can’t stop playing it. The game is really fun to play. It gets addictive seeing those pigs smashed by birds and those pigs smirk when you lose the round. But I have played this kind of gameplay before a while back. 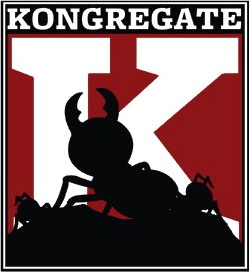 I played mostly are flash based games at Kongregate (a free social gaming network). If you have an account there, add me :) My nick is bebek_ijo. This type of gameplay is called physics-based puzzle games; destroy the castle or more popularly called Crush the Castle.

I don’t know who created first, but the first released flash based game with this type of gameplay in Kongregate is Castle Clout, after that Armor Games release the famously Crush the Castle which is more easy to play and beautifully design. Then came similar game with more crafted gameplay.

In this post I’m going to tip you those flash based games that are similar with Angry Birds. 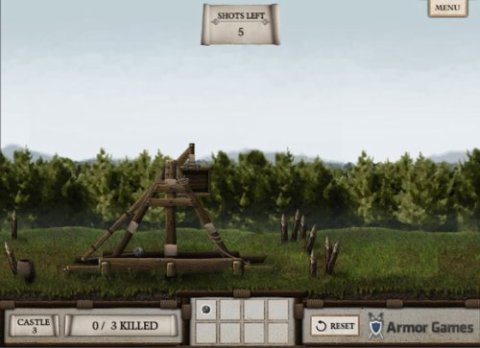 This is the game that made this type of gameplay really popular, release by Armor Games at 2009 and it has been played more than 1.5 million times in Kongregate and more than 20 million times in Armor Games website. It is easier and more beautiful than Castle Clout, especially the interface, the gameplay are similar with Angry Birds but instead using a sling shot it uses a trebuchet, so it has less control in targeting but still manageable once you got a hang of it. There is an expansion of this version using map created player, it is called Crush the Castle Players Pack. You can play Crush the Castle in Kongregate here 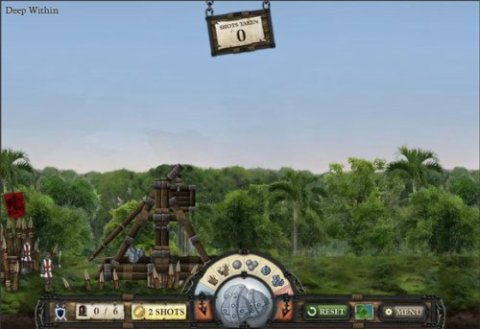 This game is released by King.com. It uses cannon to shoot, using two component, angle and power. Not very different from Crush the Castle except for its weapon, the use of these two components makes the game easy so the learning curve in targeting is a breeze. You can play Da Vinci Canon in Kongregate here 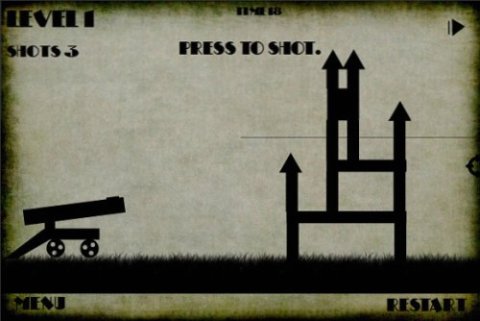 Ahh, this game offer the same component as Da Vinci canon but the interesting part is, the design style is more classic (thus the name Old Cannon). It has smaller field of play so you can see directly where your shoot is, not back and forth like the usual crush the castle. This game is really just crush the castle, where in the game before, you have to kill the enemy, not necessarily destroy the castle, in this game you just point shoot and destroy the castle. You can play Old Cannon in Kongregate here 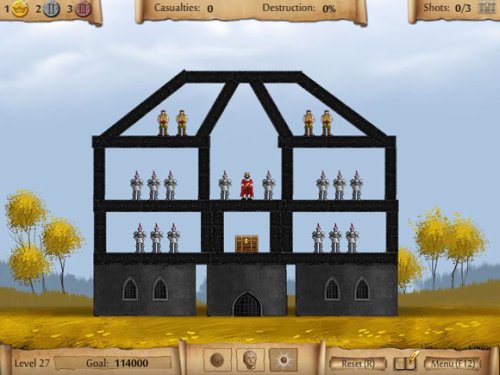 Sieger offer the same atmosphere as Crush the Castle but with different gameplay. In this game you’re using first person view, so you shot from the front. Almost all of the castle have a one shot destroy the castle, so choosing the right target is essential in getting the gold medal. It has 29 level to keep you playing. You can play Sieger in Kongregate here 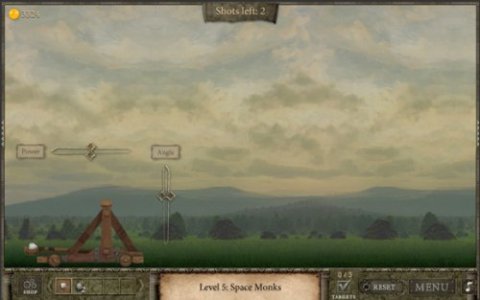 Sieger Master
Sieger Master has the same component like all the game mention above. But it has its differences, the game uses shop system to buy the ammunition and it has more accurate targeting system. The angle and power that are used to shoot are shown, so you can calculate which is the effective shot. You can play Sieger Master in Kongregate here

Note, the Castle Clout are where it all began, release in 2008 but it’s so hard to play because the high difficulty in targeting and it only have one map. Not much fun comparing the later. That’s why I didn’t put it on the list.

One thought on “6 Flash Based Game Similar to Angry Birds”